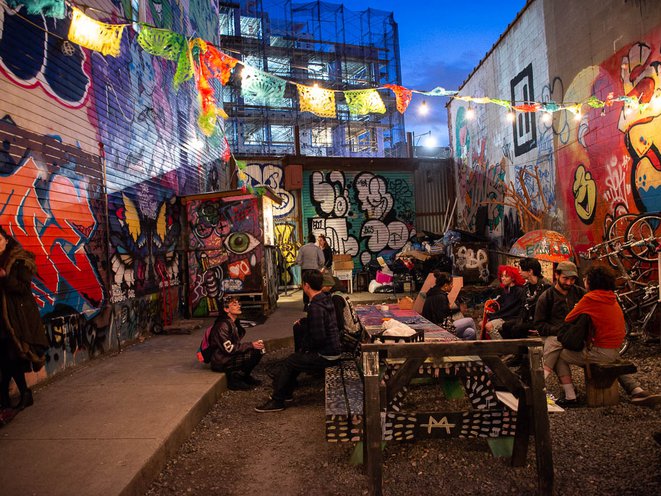 Silent Barn was a massive art and life collective space project that I helped found almost 15 years ago. It closed its doors for good on May 1 2018, and was, to date, one of the largest and most ambitious DIY spaces of its kind, part of a long tradition of “unfunded” art spaces in the USA.

it was part of my life for so long, that its hard for me to even approach the subject, even 4 years later. I’ll write about it someday. But in the meantime, there were so many amazing people to work on the project over the years, and some of them are genius tier wordsmiths, so there are currently better people to articulate some sliver of the life of this raging crazy diamond project, while I deal with my feelings over here.

her sister Liz Pelly, speaks about the weird organizational language that we spoke there