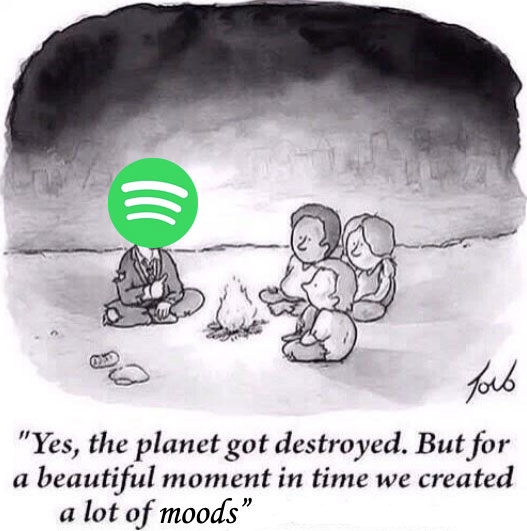 “It becomes apparent that Merleau-Ponty’s phenomenology—as opposed to Husserl’s more essentialist version—allows artists and critics alike to loosen the grip of Greenbergian materiality and medium specificity, opening the doors of practice and theory onto a wider range of concerns. Merleau-Ponty allowed Morris and Krauss (as paradigmatic examples) to retain material and media as fundamental starting points from which to investigate culture, language, knowledge, and society.”

“Material is transformed from the thing itself into a stand-in for things in general, including human things. The management of artistic material becomes an allegory of sorts for the management of worldly material: property, wealth, people, animals, resources, institutions.”

These two quotes run from one to the other on the page, and I’ve separated them here to highlight the place where Kim-Cohen goes from boiling down the thought procession of the writers he’s been discussing, to the meat of what they have done for him. I enjoy that the thinking of the writers and critics have given us permission, perhaps, to then go ahead and do the thing he’s saying they are doing, something that I find laudable in this day and age.
I think 2020 and the surrounding years threatens to dominate us constantly, and i think domination is going to be the reigning process of media and art in the coming decade; just unabashedly historically unshucked media lushness as its own end. The pervasive air of gladiatorial combat in every moment of looking and hearing. No more slow consideration or long-form thought, our shit is new shiny and fancy and we should just cut to the chase, we’ve killed enough people to get here why be tentative now? I suppose that one could make a case for an ecstatic reverence for this type of environment, a we-climbed- mount- Olympus- and- ate- the- ambrosia state; even though the sweetness will kill our human frames, it was, and would always be, all worth it. I don’t actually mean to be negative about “human progress” in the abstract, but also, bad things are bad and its ok to say that. I both enjoy Netflix and feel sensuously highjacked and assaulted at every moment.
that might just be an online experience, where the sense framework is necessarily inhuman, but I cant shake the feeling that a cynical and death-wish style pallor has become more than just in vogue, its become its own language. Eating the black meat of Burroughs and collapsing on the floor in reverent seizures and vomiting as a normalized and lucrative lifestyle.
Things moving from figurative to literal, and from simply metaphoric to a type of all-metaphoric reality is an ecstatic crash and repeat cycle. Things are so so good and so so bad.
but the quote above struck me, as I was following Kim-Cohen’s thought process, because the point he has been building to flows from writer to writer and the results grant a type of permission for the next sentence, the output of Kim-Cohen’s case. that there were constraints on thoughts and concepts that were perhaps unperceived, and then a succession of writers and thinkers influencing each other took those constraints away, presumably to make room for new invisible constraints. This is what close reading by a scholar can do, focus and distill work through themselves like a prism. while i haven’t personally read all the works he is quoting, i can appreciate that his point about where the the idea to consider things not merely as themselves, but as perpetually part of a larger context comes from a concurrent build up of context in the thought threads woven out of thinkers working in public conceptions of art. And you can see this play out in the ‘problem with culture” all over internet discourse, the approved boundary where we switch from talking about one thing to talking about another thing that is evoked and who give the permission for the transfer of consideration from one thing to another. This idea that things are not necessarily all connected vs oh boy let me tell you how everything is connected.
And so the intense dominating lushness of contemporary media also must be considered in context, weather or not we can stand the amount of information and effort required. One feeds into the other, the intensity of the scaled information flow prompts a sensuous consumer to define a cut off point in the moment for consideration of a thing-in-itself vs as part of everything. this dynamic informs the whole “do we separate art from the artist” discourse and the “shh let people enjoy things” anti intellectual anti critical discourse. Is it any wonder that people seek permission to not follow scholarship, history or even what their eyes and ears can tell them about what they are experiencing? it takes effort, vigilance and a drop of ethics to want to know more about what you are perceiving with your meat senses, or what is being crammed in there. Our ability to quickly access and understand context seems relatively recent. The physical demands of lushness also lend us the power and possibility of context. 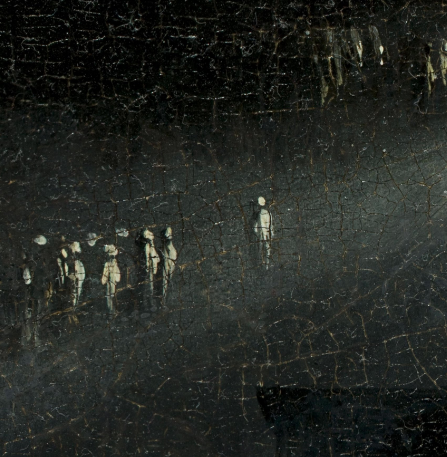 When we listen, when we experience to the act of sound sounding, the temporal immediacy of the experience can sometimes short-circuit this extremely laudable modern reach to hold and keep context in the same moment as experiencing; this mental technique for keeping art as a confronting experience. A beat slaps if it slaps, no matter who made it, and if you cant cast your eyes quickly around for what’s playing or rack your brain for the history it evokes as it boils in your ears the sound may be over, and then you are only left with perceiving your memory of the sound, not the sound in itself. It’s even more of a stretch to consistently hear with the notion that when you are hearing anything you are technically hearing a bit of everything, including yourself and what makes you hear like that. you can just keep staring at something to glean more visual information, but the act of listening is a time-memory transaction.