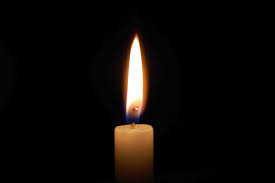 In 2016, I presented a performance work at Roulette Intermedium in New York City called Trance/Door/Trap/Door, a composition for cassette tapes and electronics. This piece was an explicit exploration of attention span during performance situation. During the development of the piece I encountered a few interesting proclivities of my attention span, and it has lead me inexorably to curiosity about whether these same details or ‘mechanisms’ of attention exist for others.
The piece was centered about my DJing of customized sample tapes while a prerecorded series of interviewers asked me questions, and I had to answer as I played, the tape manipulation forming a soundtrack to the voice-over of my answers. This was sort of a live ‘interrogation’ and was intended to provoke me toward different sonic choices for the manipulated tapes I was playing. Instead of having absolute control over the sound choices, a part of my attentions were necessarily occupied by having to listen and respond to questions in real time, and so the theory was that my choices for which tape to play and how to play them were to become less intentional, stimulating a different mode of playing.
As I was developing this piece, it became clear that this was perhaps too tall an order, the difficulty of a split attention span wasn’t making the sound choices I was making less “intentional” per se, as they were simply preventing them from occurring. either I was playing and not talking, or I was talking and not playing. Since performing music live has an aspect of muscle memory to it, to me it was simply a matter of practice, that I could rehearse “intending to be unintentional” until I achieved the desired effect. Yet the divided attention was difficult to perform and achieve interesting results with, until I included a specific counterintuitive technique.
By introducing a single candle that was at head height, right in from of my eyes, I found that it opened up the divided attention technique to a new level of facility. By staring into the flame of the candle, I found it easier to pay attention to both the interview and the tape manipulation performance tasks. By counter-intuitively having more to pay attention to, I found it easier to divide my attention. It begs the question of weather the introduction of one more thing created this effect, or was it distinctly three things instead of two creating some sort of harmony of attention. As I stared into the flickering candle flame, I found I could carefully calibrate my attention span to both talk and play simultaneously.
There is an aspect of listening to loops that hearkens back to this performance experience. A loop made of multiple layers might perhaps be less of a threat for the attention span, just as a more complex rhythmic sound looped might cohere into an experience of ‘continuousness’ rather than a desperate onslaught of monotonous variety.
Our minds, used to finding patterns in noise and likewise used to making simple things out of complexity, strives to pay attention and accept what the senses are taking in as a practical value for navigating the world. That is, we tend to like to believe our senses, and deal with overload by disassociating and rationalizing that what we can take it is worth taking in, and conversely what we have not taken in wasn’t worth it, was more meaningless.